Why the Phrase ‘Ok Boomer’ Took Over the Internet 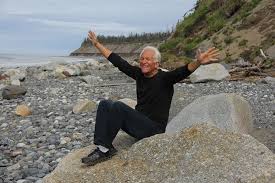 Photo under the Creative Commons license

The Baby Boomer generation has come under some heat by the current generation. Ok, boomer...

The phrase “Ok Boomer” while it may seem like a harmless internet meme, is truly the manifestation of the disappointment many kids feel  about how adults, or “boomers” have been running the world.

Greta Thunburg, a sixteen year old from Sweden, is the defacto mascot of the “Ok Boomer” movement. She has led countless strikes and school walkouts, has talked to some of the world’s most powerful people, and actively and forcefully spoken out for stronger action to deter climate change.

While Greta Thunburg is just one person, she represents a worldview shared by millions of millennials and Gen Z kids. The phrase has exploded into a sea of internet memes and jokes that poke fun at the “baby boomers” or adults. It’s evident that the internet has been used as a tool and a forum for younger generations to make light of the state of affairs of the world around them, and “Ok Boomer” is a passive-aggressive and sarcastic way to poke at the adults who kids have been frustrated with.

As members of this generation, it’s important to remember that no generation has been without its struggles. Even the baby boomers themselves grew up in the late 1960s, a time in which many Americans were polarized over the civil rights movement, and still reeling from the effects of the Vietnam War.

It’s no secret that our generation is plagued with very steep hills to climb, however, it’s important to understand that using new technology such as the internet and mass communication to voice our frustrations is a power