‘Parasite’ (기생물). Is it worth the watch? 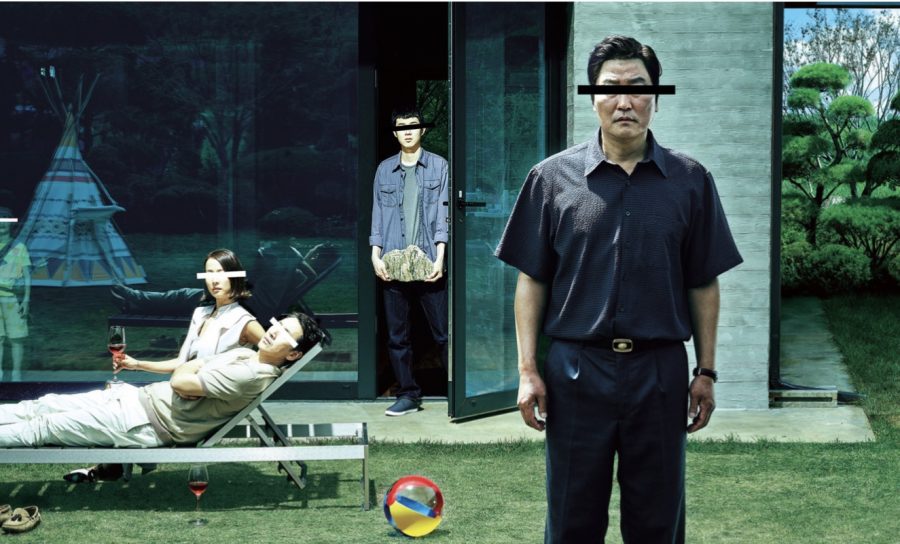 Parasite is a 2019 South Korean film and the story of a family that is filled with greed, pride and manipulation. Although the entire movie is in Korean with English subtitles, taking my eyes off the screen was almost impossible with the constant action and drama.

The movie starts with the Kim family who live in a small home in Korea. They struggle to make ends meet and even resort to folding pizza boxes to make money. But, eventually, the son of the family, Ki-woo, played by Choi Woo-shik, gets offered a job from a friend pretending to be a college student tutor for a rich family named the Parks.

The Kim family realizes they can make good money off the Park family by manipulating them into giving them work by scheming their way into the family. They use a variety of manipulation tactics to get all of the workers in the Park home fired.

At first all goes well, everyone is happy and the Kim’s are finally able to support themselves. But, the ex housekeeper was keeping secrets in the house that had to come out eventually. Again, manipulation and greed fight to win against the Park family. But which will win?

Director Bong Joon-ho did an amazing job creating plot twists and unexpected turns while still keeping the storyline clear and consistent. Some of his other works, Memories of Murder, Mother, and The Host, are also all known for sudden mood shifts, humor, and twisted endings.

The Kim family father, Ki-taek, played by Choi Woo-shik, does a great job acting as the leader of the family, but still being envious of people with wealth and power. The mother of the Kim family, Chung-sook, who is played by Ki-taek, does a good job filling her character with greed, but also deep love for her children.

The film has gone on to win an Academy Award for best picture, best director and best original screenplay and became the first ever non English speaking film to win an Oscar for best picture. All of the awards are deserved because the movie shows the struggle lower class people face, not just with money, but emotionally. This award winning film had me laughing, tearing up, and gasping all while reading subtitles.

Although the movie was fantastic, I found some parts of the movie to be unrealistic. Major secrets stay hidden for way longer than possible and can sometimes cause very quick mood changes. Also, the beginning can feel slow at parts, as all the action begins suddenly in the second half.

Parasite may no longer be in theaters, but it is worth the two hours and 12 minutes to watch. I was left shocked, sad, and the ending was still circling my mind the next day, which to me means that it was a great movie. It is a must see movie and I would gladly see it again.