Biden Prevails over Trump in the 2020 Election 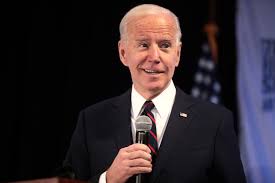 Joe Biden will be the 46th President of the United States of America.

The fraught presidential election came to a close with the call of Pennsylvania for Biden on Saturday morning, which brought the President-elect to the 270 Electoral College votes needed to clinch the presidential nomination.

Nevada was called for Mr. Biden later in the day, bringing the Presidential-elect’s electoral vote total to 279 as compared to President Donald Trump’s total of 214. As of Monday, November 9, the states of Georgia, Alaska, Arizona, and North Carolina have yet to be called for either candidate.

The election of Biden brings to an end a presidential campaign and election filled with division both among the candidates and among the public as a whole. The election comes as the nation grapples with the COVID-19, and faces a crossroads with many important issues such as racial justice and climate change, with many calling this election the “most consequential election of their lifetime.”

This was certainly an election shaped by the COVID-19 pandemic, with one of the main judgement points among the candidates being their handling (or proposed handling) of coronavirus, and with an unprecedented amount of mail in voting nationwide due to the deadly pandemic.

As Biden was declared the winner and congratulations from leaders around the world flooded in, many took to the streets in joyous celebration in cities across the country, a celebration not only of the election of Biden but of the ousting of Trump.

Not all gatherings throughout the country were joyous, however, with many groups of Trump supporters gathering across the country as well. Some gathered with a sense of resignation and dejection over the election results, but some gatherings demanded recounts and advocated for claims of a fraudulent election, which President Trump has alleged without evidence.

President Trump, meanwhile, has yet to offer his congratulations to Mr. Biden and his concession of the race, as is customary, instead pursuing legal action and claiming that it was him, instead, who won the election.

Throughout and since the election, President Trump has made countless claims of widespread voter fraud, much of which are untrue and have no evidence. These claims have alarmed many, including members of his own political party, who have called for him to present credible evidence of his claims of voter fraud or to admit defeat and concede the election. Failing to do so could be a danger to democracy and put a cooperative presidential transition up in the air, many across the country say.

Despite the division, President-elect Biden and Vice President-elect Kamala Harris called for a message of unity and healing after a tumultuous four years, hoping for optimism and cooperation among all moving forward. Biden, speaking to all Americans, asked for unity, confidence in the people, and an optimistic and ambitious attitude after four years of tension, division, and stress.

Biden and Harris also acknowledged the many barriers broken in the election as well, such as Harris becoming the first female Vice President, as well as both the first Black and first South Asian VP, and a record projected voter turnout not seen in more than a century.

With the Presidential Election wrapping up, all eyes now turn to Georgia, where a double runoff takes place on January 5 that will likely decide which political party controls the Senate. In the runoff, Republican Senator David Perdue will face off against Democrat challenger Jon Ossoff, and Republican Senator Kelly Loeffler will face off against Democrat challenger Rev. Raphael Warnock.

The focus now also turns to Biden’s transition into office and what it, and the future, holds. The transition had already begun on Monday, with Biden naming three medical professionals as the heads of his planned coronavirus task force.