After a 465 Day Drought, High School Football Is Back 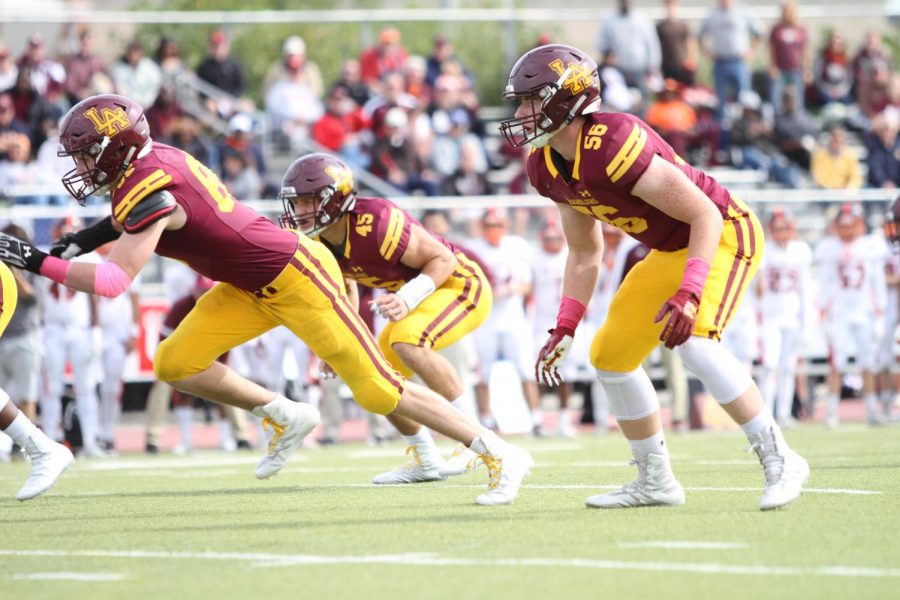 With Gov. Pritzker's recent approval for Illinois high school sports, Loyola football is once again gearing up for a winning season.

High school football will return to the state of Illinois for the first time since November of 2019.

Following much back and forth with Governor J.B. Pritzker, IHSA executive director Craig Anderson released a new calendar for all IHSA sports on Wednesday, January 27.

The proposed schedule has football running from March 19 to April 26 but with no state championship.

After Governor Pritzker and the IHSA agreed on a tentative schedule and plan, Loyola Academy coach John Holecek sprang into action and updated his team. On Wednesday afternoon, immediately after the news broke, Holecek advised the Loyola football team there would be a mandatory Zoom meeting that evening to review the upcoming season along with the guidelines.

As the Zoom meeting began, Holecek reiterated that in order for this season to work, everyone on this team “must stay committed to doing what is right and to not going out.”

Holecek outlined the guidelines issued by the IHSA, which include the Phase 4 guidelines.  Playing any high-risk sport is contingent upon the school’s district being in Phase 4. Loyola Academy’s district is expected to transition to Phase 4 within the coming week.

Holecek then detailed Loyola’s practice schedule. The Ramblers will practice at least three times a week for the next three months including spring break. The message to stay committed even without a state championship was also reinforced.

Holecek called this schedule the “toughest” in the Midwest due to the competitiveness of the Chicago Catholic League. To many on the team, winning the CCL this year would be equivalent to winning a state championship.

Holecek ended the meeting with a strong message to the 100 plus eager participants. He urged the team again to make the right decisions and to stay home.

Loyola senior offensive-lineman Max Marino, a longtime football player and a key part of the team’s chemistry, is extremely excited about the opportunity to play this upcoming season. Marino affirmed that this is “probably the most excited I’ve ever been. Getting to play my senior season with all my best friends is something I have always wanted. I love football and I’m pumped to finish out my career at Loyola.”

Concerns about safety and health during the season have also been brought up by multiple players. Danny Farrell, a senior linebacker who is known around the school as energetic and competitive, expressed some concerns about the safety and health of himself and his teammates. Farrell voiced his worries as he is “unsure about the protocols but I am still extremely excited to get the opportunity to play the game I love with my brothers.”

By the time March 19 rolls around, it will have been 465 days since the last Illinois high school football game. Over the course of those 465 days, the players, coaches and their families have juggled feelings of hopelessness, stress and uncertainty around many aspects of life during a pandemic, including high school football.

However, over the last week one thing was made certain. High school football is back.