Your Next Great Read 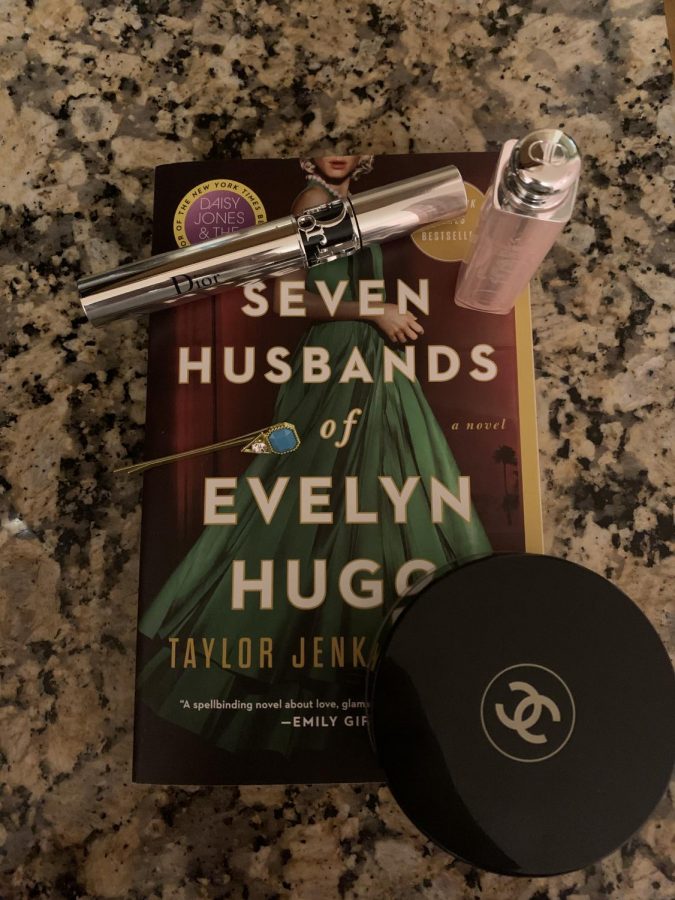 The Seven Husbands of Evelyn Hugo by Taylor Jenkins Reid is a historical fiction novel about world-famous movie star Evelyn Hugo, who decides to tell her life story to unknown writer Monique Grant.

After extensive praise for Reid’s fifth novel, the expectations were extremely high.

The novel is full of themes still important today, such as sexuality, race, and feminism.

The narrative is told using a framing device, a technique in which a story is surrounded by a smaller story. In this case, we have Monique’s struggles with work, divorce, and grief as the smaller story, and Evelyn’s life story as the primary focus. The two stories intertwine in a way that will leave readers shocked.

Evelyn’s life is dictated by two things: her career and the people that she loves. Each marriage is unique and does something to change Evelyn. Her first marriage sent her to Hollywood, her second brought her pain, and her fourth was her happiest.

Through all of her marriages, Evelyn was in love with Celia St. James. However, the time period in which this book is set, the 1960s-early 2000s, makes this difficult. The homophobia of the time forced the two women to hide their love for each other.

Reid’s novel does not disappoint. With shocking twists, incredibly well-written characters, and impeccable syntax and style, the novel not only meets the praise it is given, but surpasses it. Reid’s tale of love, fame, and deception is one that leaves readers so absorbed they cannot help but finish the book in one sitting.

This book is not an optimistic one. Evelyn herself says that she does not want to be seen as a good person. Readers are taken through a story of heartbreak, loss, and pain. But that doesn’t keep this book from being any less amazing. If this book isn’t at the top of your to-be-read list, you should put it there now.

Please note that there are depictions of sexual harassment early on in the book, scenes of domestic abuse later in the story, and instances of suicide.  If this is something that is difficult for you to read, you may want to skip this.

The novel has been highly praised all over the internet, most notably the worldwide phenomenon of “BookTok,” or the book side of Tik Tok, a popular video sharing platform. Members of BookTok create videos of skits, jokes, and most notably, reviews and recommendations.

The Seven Husbands of Evelyn Hugo is one of the most recommended novels, along with Madeline Miller’s historical romance The Song of Achilles and V. E. Schwab’s modern fantasy The Invisible Life of Addie LaRue.

Readers who are interested in this book can get this book at local bookstores, Amazon, or your local library.